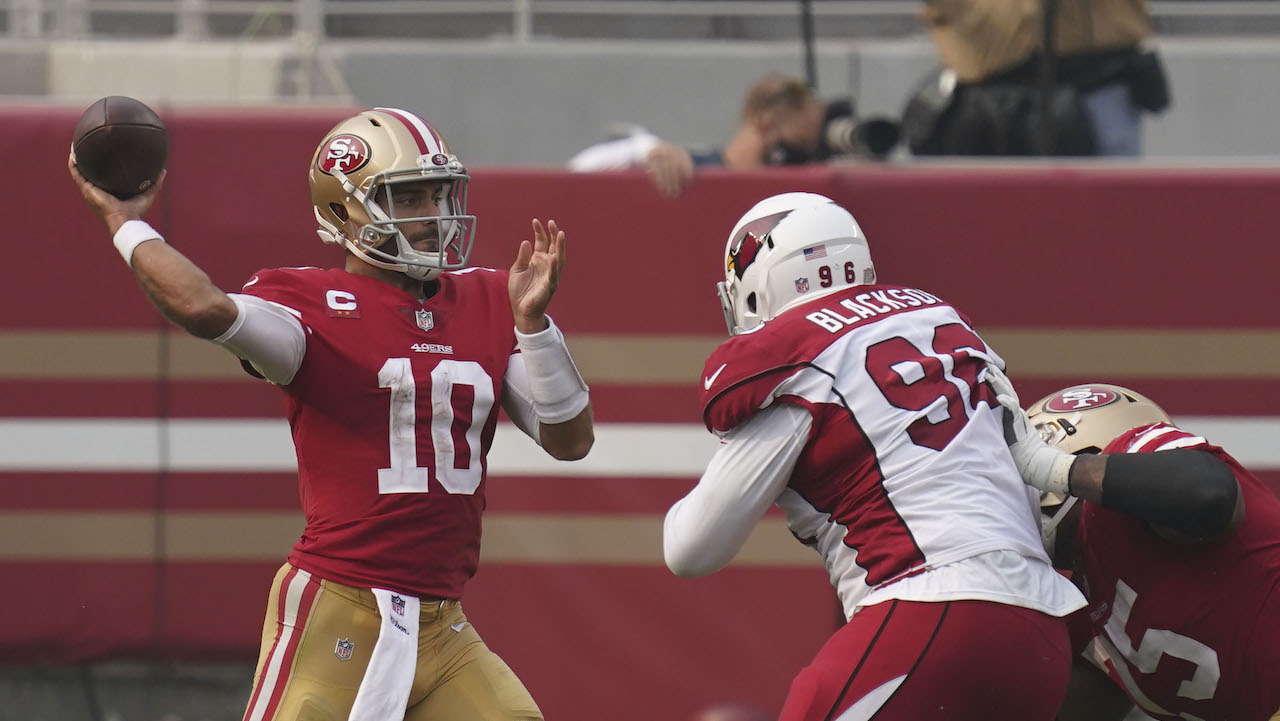 Let’s get things started by taking a look at some fantasy football waiver wire Quarterbacks for Week 2.

Garoppolo was down some notable weapons on Sunday against the Arizona Cardinals, but he threw for 259 yards with two touchdowns and zero interceptions to top 19 fantasy points. The talent around him will continue to look injury-thinned, but his upcoming matchups are too good to ignore.

In Week 2 Garoppolo gets the New York Jets, who allowed Josh Allen to throw for 312 yards and two touchdowns along with 57 rushing yards on Sunday. If not for two lost fumbles by his opposing pass catchers, Garoppolo would have flirted with 30 fantasy points. Then in Week 3, “Jimmy G” gets a matchup against the New York Giants, who don’t play until Monday night but allowed the third-most fantasy points to opposing quarterbacks last year.

Garoppolo is most confidently usable as a matchup play/streaming option in fantasy. With that in mind, these next two weeks are the weeks to use him, and he should be added in leagues with 12 or more teams and for sure in two-quarterback leagues .