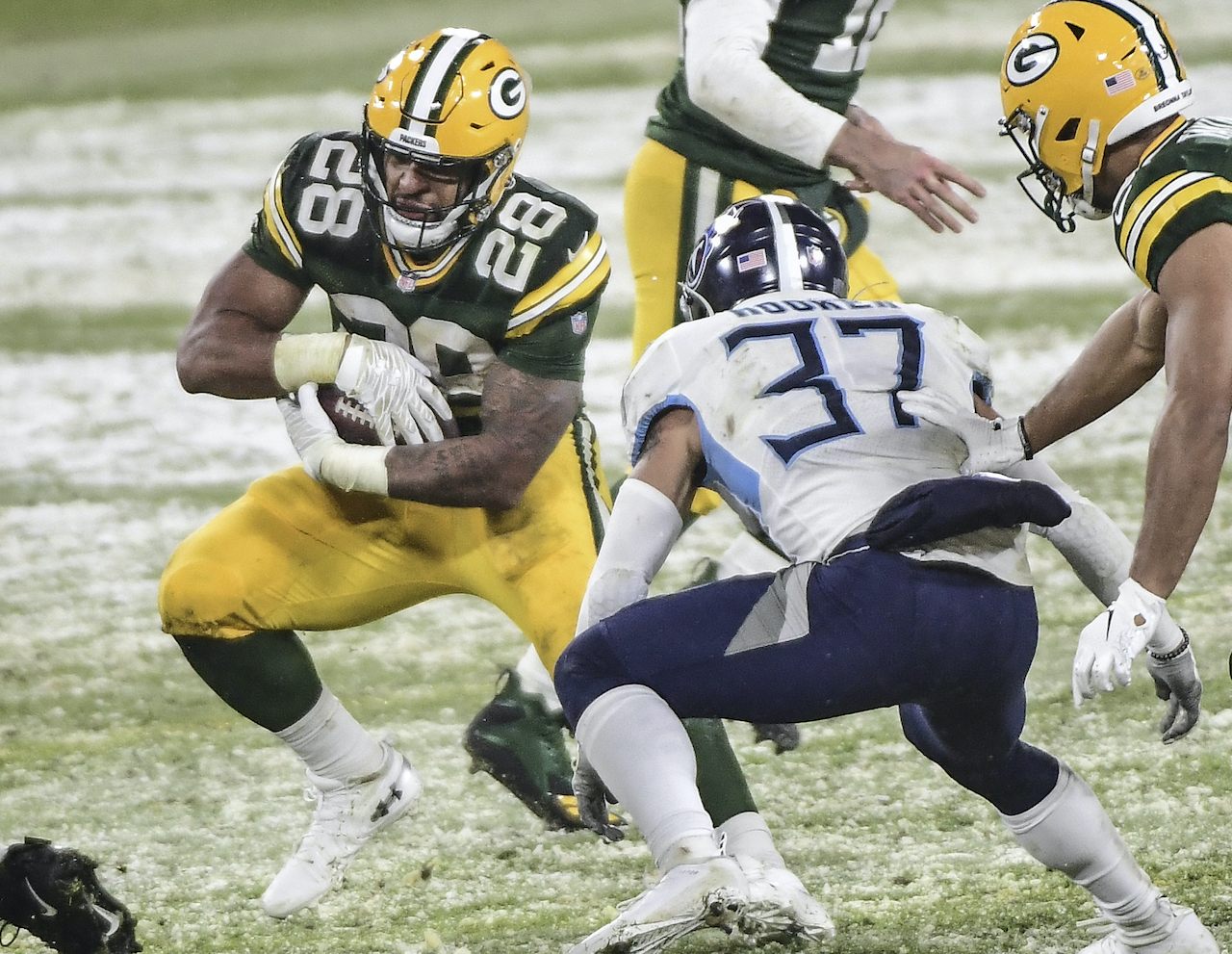 Let’s get things started by taking a look at some fantasy football waiver wire running backs for Week 17.

Jamaal Williams (quad) was inactive against the Tennessee Titans in Week 16, and Aaron Jones (hip) was banged up early. That opened the door for Dillon, who finished with 21 carries for 124 yards and two touchdowns.

The Packers will need to win in Week 17 against the Chicago Bears to for sure lock in the No. 1 seed in the NFC, but it’s worth wondering what condition Jones and/or Williams will be in. So Dillon may have a solid role again, even if 20-plus carries is not necessarily realistic. But that kind of workload is possible.

For Week 17, Dillon stretches into must-add territory for Jones managers in a league that extends to the final week. For everyone else, he’s worth adding in case he becomes usable as an RB2/RB3 in leagues with 12 or more teams.