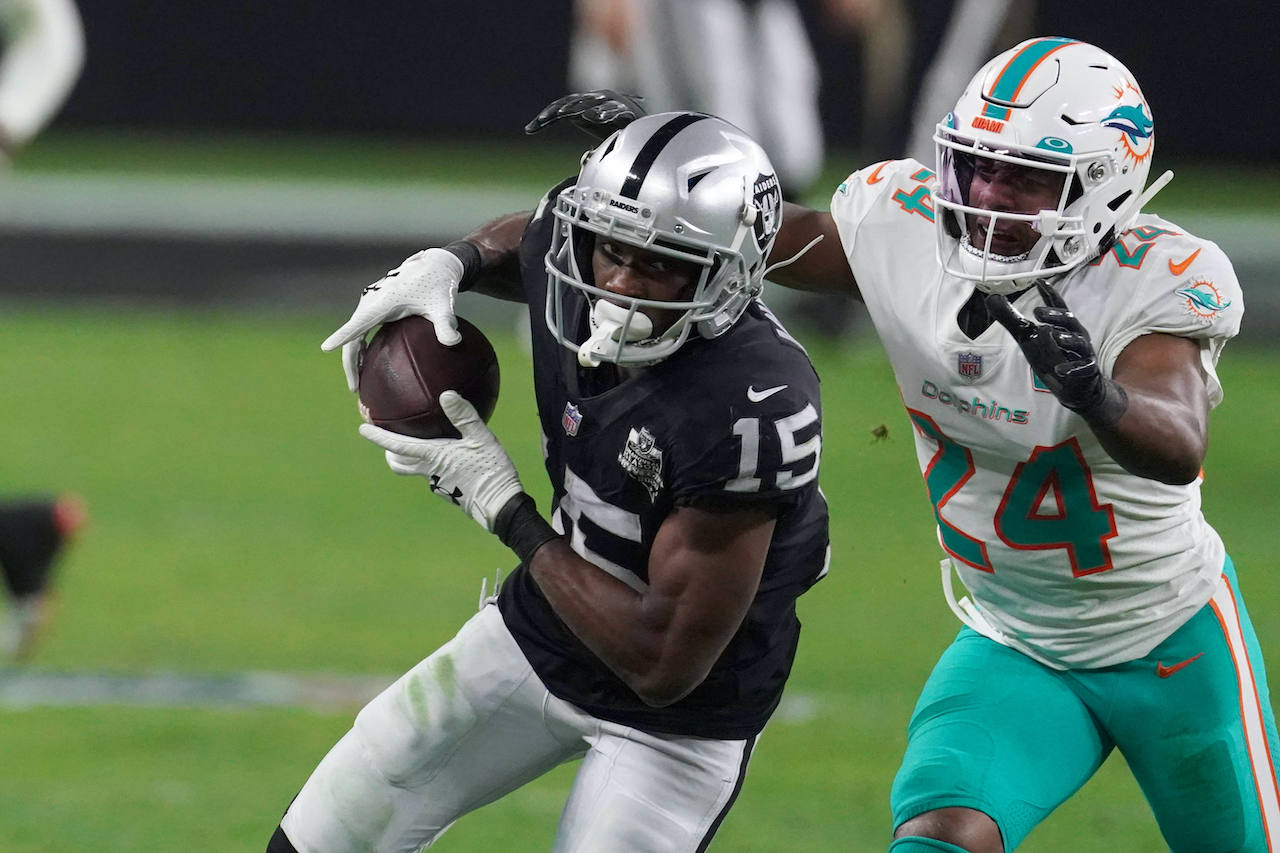 Let’s get things started by taking a look at some fantasy football waiver wire wide receivers for Week 17.

Highlighted by a 85-yard touchdown, Agholor had five catches for 155 yards against the Miami Dolphins in Week 16. He has been what rookie Henry Ruggs was supposed to be for the Raiders this year, with at least 100 yards and a score in two of his last three games. Going back further, he has at least six targets in six straight games with double-digit full PPR points in four of them.

A Week 16 matchup against the Denver Broncos looks mediocre from a broad view of the whole season. But as their cornerback depth has been diminished, they’ve been increasingly generous to opposing passing games (quarterbacks and wide receivers, in fantasy terms).

Agholor has operated below the radar all season, with eight touchdowns and a yards per catch average just shy of 18.0. In 12 and 14-team leagues, he’s worth firing up as a WR3 with upside for Week 17.