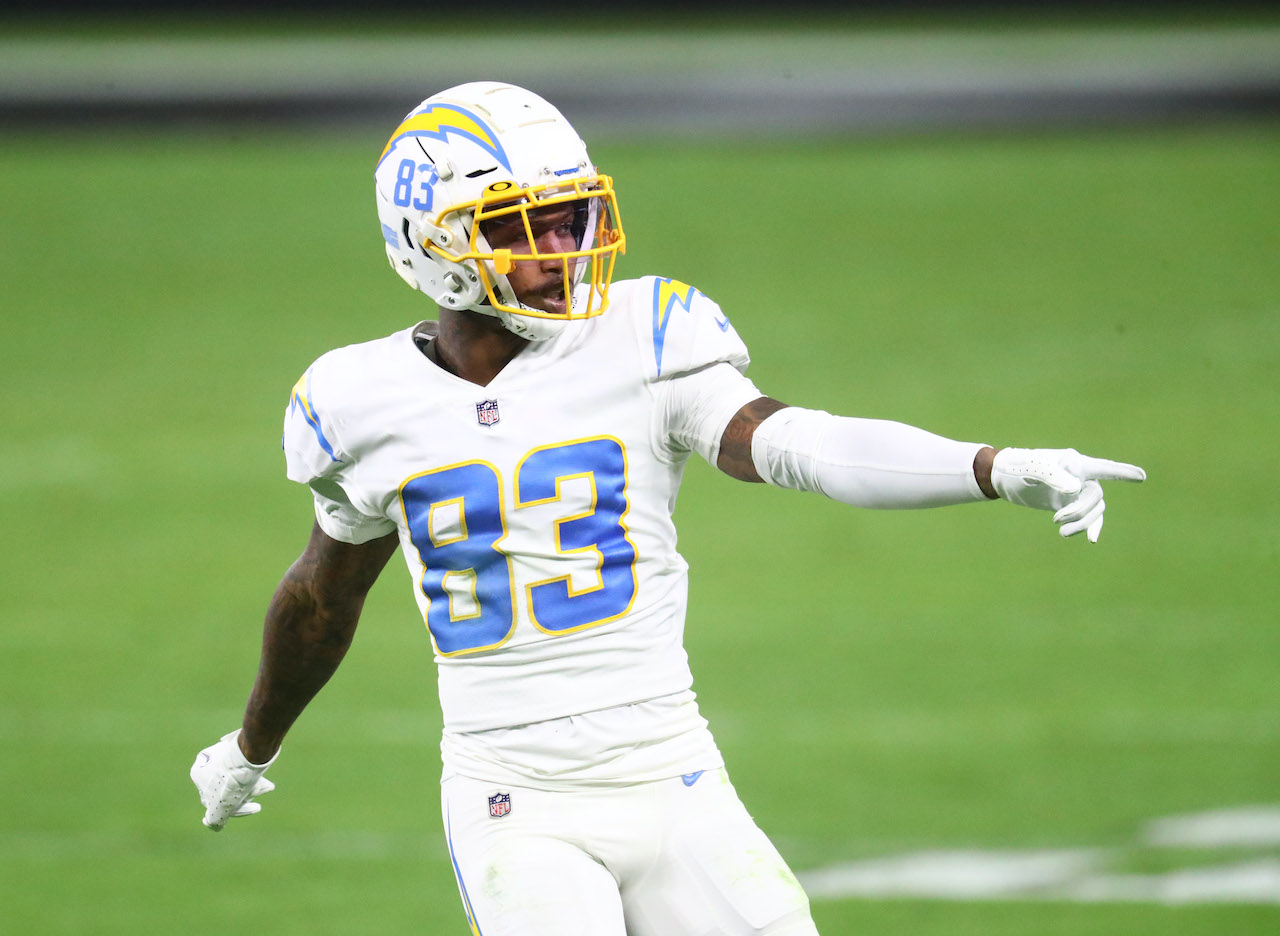 Let’s get things started by taking a look at some fantasy football waiver wire wide receivers for Week 16.

With Keenan Allen (hamstring) and Mike Williams (back) limited, Johnson had three catches for 61 yards and a touchdown against the Las Vegas Raiders last Thursday night. He has scored with at least 55 yards in back-to-back games, with more than 50 yards in four of his last five.

Allen and Williams have extra time to get healthy for Week 16 against the Denver Broncos. Denver entered Week 15 as a top-10 fantasy defense against wide receivers (Yahoo! 0.5-point PPR). But they’ve been burned by the position pretty well in recent week, as injuries and suspensions have thinned their cornerback ranks. So if Johnson has a noteworthy role again, the matchup is good.

A lot depends on the health of Allen, and especially Williams. But purely based on the trend he’s on and the prospect of a big role, Johnson is a nive deeper league add for Week 16.