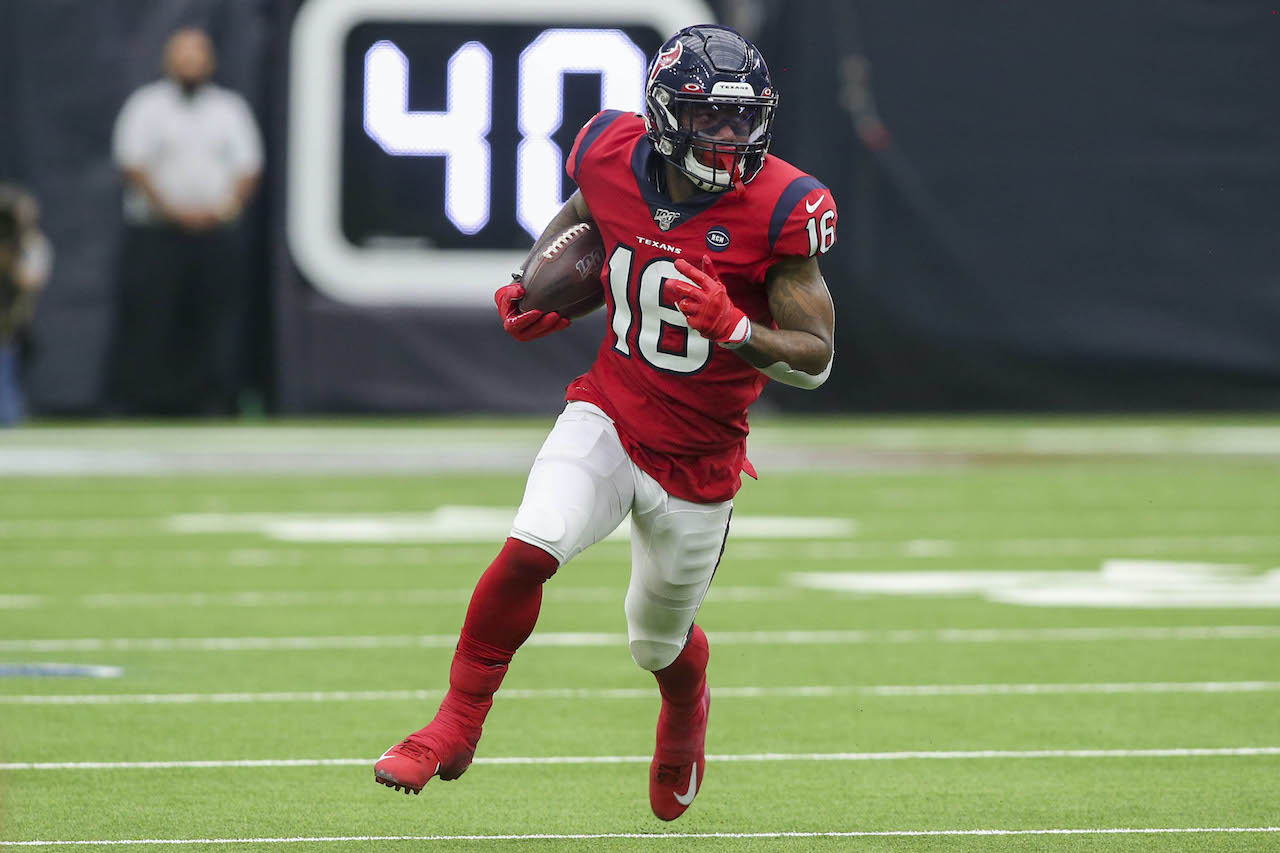 Let’s get things started by taking a look at some fantasy football waiver wire wide receivers for Week 14.

With the Texans’ wide receiver ranks further thinned by Will Fuller’s season-ending suspension last week, Coutee stepped in Sunday against the Indianapolis Colts and had eight catches for 141 yards (on nine targets, highlighted by a 64-yard play).

Coutee showed signs of life in Week 11 with a touchdown catch and in Week 12 with a two-point conversion catch. By the time Week 13 came, a big role opened up.

Week 14 against the Chicago Bears has the look of a tough matchup, then the Colts are on the slate again in Week 15. Then a softer matchup against the Cincinnati Bengals is coming in Week 16.

Anyone with a prominent role catching passes from Deshaun Watson is on the fantasy radar. Randall Cobb (toe, IR) may only miss one more game, but Coutee is lined up for staying power as a WR3/WR4 with upside in PPR leagues.