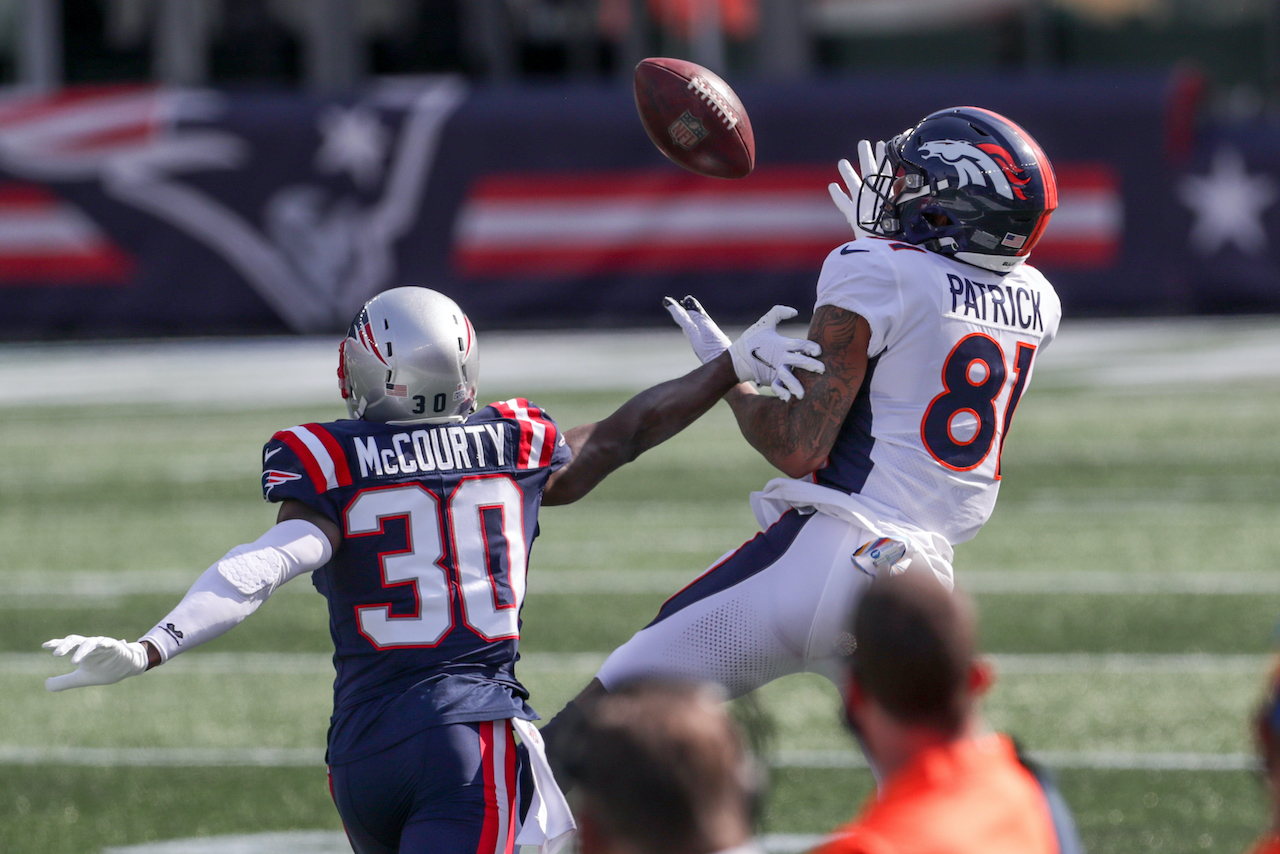 The 2020 NFL season is now 11 weeks old and there is no better time than now to start picking up players from your fantasy football waiver wire. Every year a no name blows up in Week 1 and ends up being a top-50 fantasy football player over the remainder of the season.

Let’s get things started by taking a look at some fantasy football waiver wire wide receivers for Week 12.

Patrick had a team-high five catches for 119 yards in Week 11 against the Miami Dolphins, with eight targets on Drew Lock’s 30 attempts. He has 23 targets over the last three games, with over 60 yards or a touchdown in all three. Going back further, has has scored or topped 60 yards in six of his last seven games with double-digit PPR points in all six.

In Week 12 and 13, there are volume-based paths to production for the Broncos’ passing game against the New Orleans Saints and Kansas City Chiefs. Week 14 (Carolina Panthers), Week 15 (Buffalo Bills) and Week 16 (Los Angeles Chargers) are not great matchups, but they’re not incredibly bad matchups either.

Patrick has been productive in tougher matchups, and with whoever the Broncos have had under center when Lock has missed time. He’s a WR3 with a solid floor in leagues with 12 or more teams.