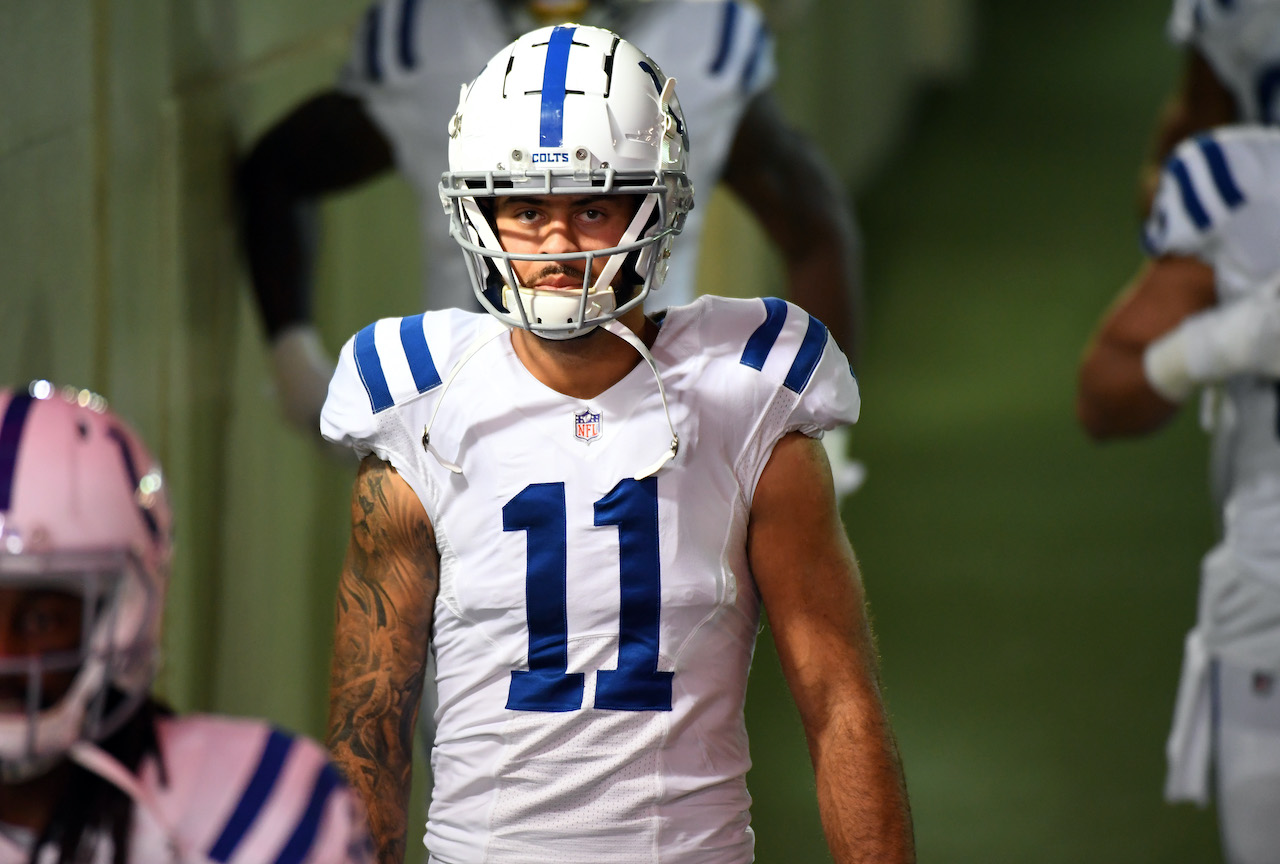 The 2020 NFL season is now 10 weeks old and there is no better time than now to start picking up players from your fantasy football waiver wire. Every year a no name blows up in Week 1 and ends up being a top-50 fantasy football player over the remainder of the season.

Let’s get things started by taking a look at some fantasy football waiver wire wide receivers for Week 11.

Against the Tennessee Titans in Week 10, Pittman had seven receptions for 101 yards along with one carry for 21 yards. He has played over 80 percent of snaps in each of the last two games, with 11 receptions (on 15 targets) for 157 yards over that span.

The fantasy sleeper train for the rookie out of USC got rolling slowly through three weeks (nine catches for 73 yards), then he missed a month after undergoing calf surgery. A limited role in his Week 8 return (one catch for six yards against the Detroit Lions) has given way to an every down role the last two weeks. And T.Y. Hilton playing (Week 10) or not playing (Week 9) has not mattered.

Week 11 against the Green Bay Packers looks tougher than it might actually be, if shut down corner Jaire Alexander (concussion) misses more time. His absence, separate from who he might primarily cover if he were able to go, will spread the Packers thin in the secondary.

Then from Week 12-16, Pittman gets favorable matchups against the Titans, the Houston Texans (Week 13 and Week 15), the Las Vegas Raiders (Week 14) and Pittsburgh Steelers (Week 16).

Philip Rivers can’t stretch the field consistently anymore, with targets flowing to backs and tight ends as a result. But the above look at Pittman’s route chart from Week 10 shows a ton of short routes, with particular damage after the catch on crossers.

Pittman looks like the Colts’ new No. 1 wide receiver, just in time for the stretch run of the season. In fantasy terms, he’s a WR3 with nice upside in all 12 and 14-team leagues.