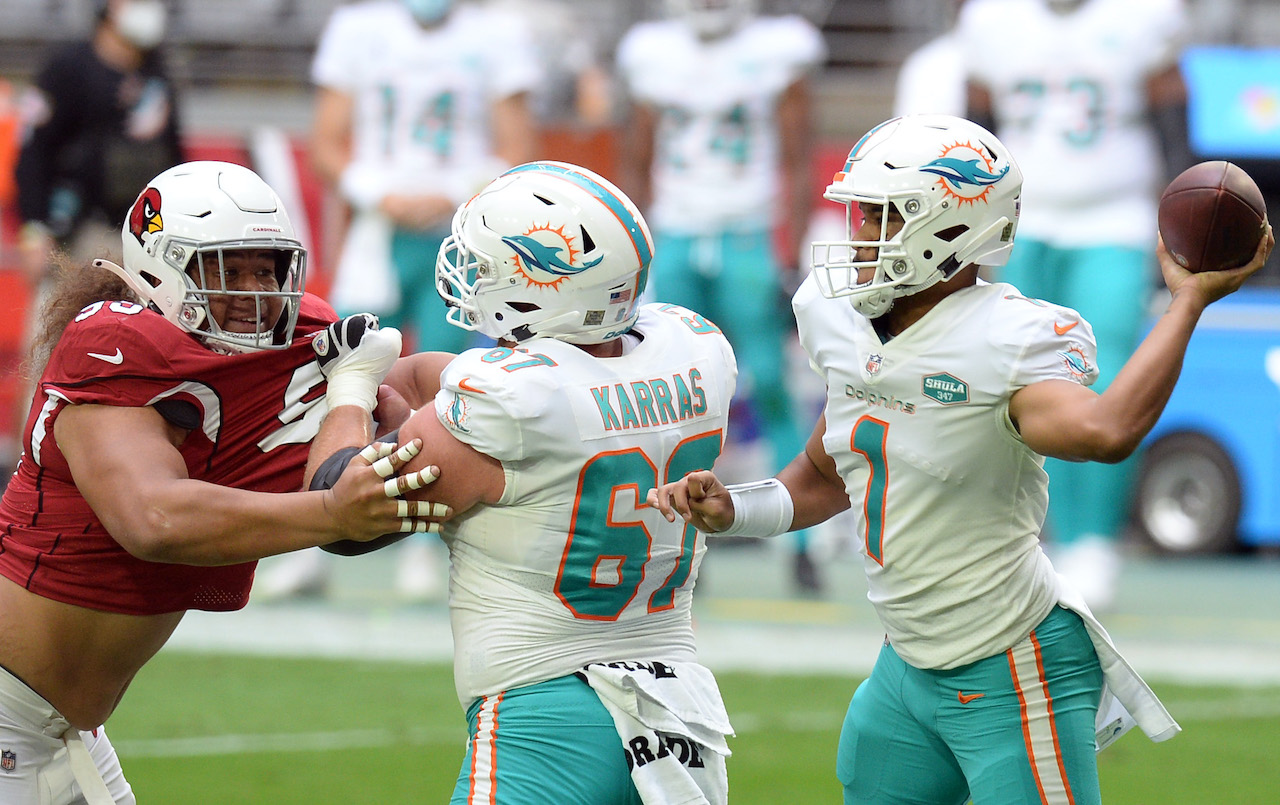 Let’s get things started by taking a look at some fantasy football waiver wire Quarterbacks for Week 10.

After an unimpressive first start in Week 8, Tagovailoa rebounded nicely against the Arizona Cardinals in Week 9. He was efficient (20-for-28 for 248 yards with two touchdowns), occasionally exciting as he showed off mobility (35 rushing yards). From a fantasy perspective, rookie left-hander might be only just beginning.

Miami’s next three opponents, the Los Angeles Chargers, Denver Broncos and New York Jets, are bottom-10 fantasy defenses against quarterbacks entering Week 10. Week 13 against the Cincinnati Bengals looks a bit tougher, but not by much. Week 14 against the Kansas City Chiefs at home, notably avoiding the prospect of wintry weather, puts Tua in play based on volume.