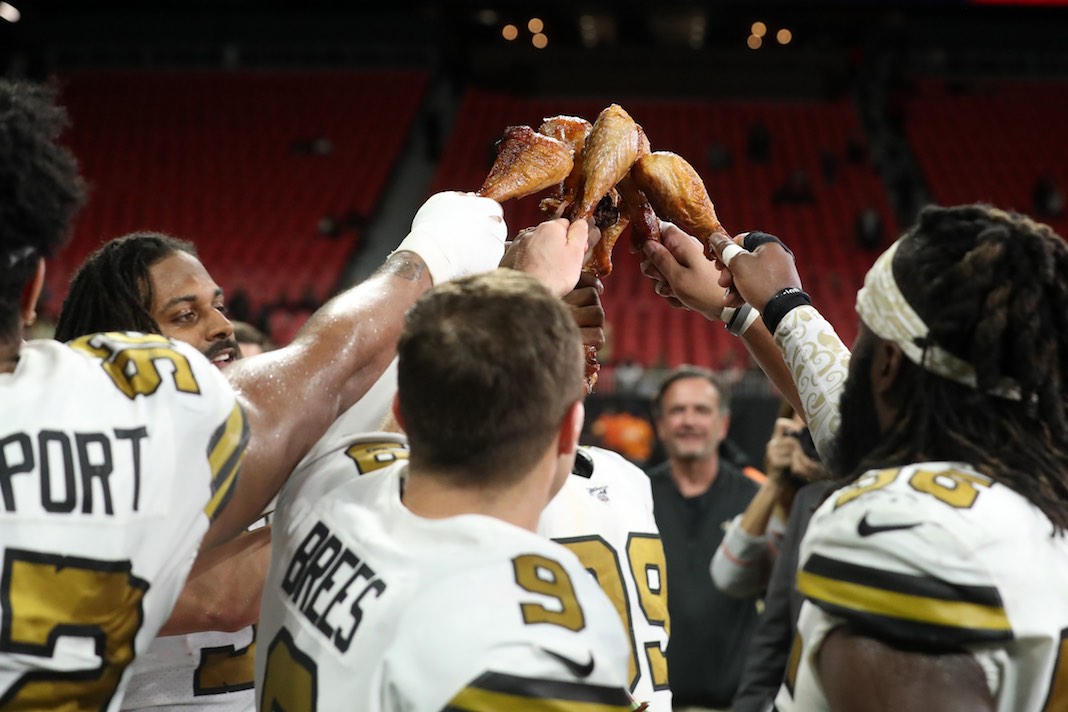 LAC – As it’s played out all season, it was too little too late as the Chargers lost their eighth game of the season. Melvin Gordon nearly hit the century mark rushing but it was Austin Ekeler who got the touchdown as a receiver. Mike Williams made some big catches, catching five of his seven targets for 117 yards. Keenan Allen had a decent game, including catching all six of his targets but it was such a quiet performance.

DEN – Rookie QB Drew Lock won his first start by getting off to a hot start with two first quarter touchdown passes to Courtland Sutton. After that the Broncos grinder out a victory, pounding Phillip Lindsay and playing keep away from the Chargers. The biggest head scratcher was by head coach Vic Fangio who chose not to let Brandon McManus attempt a 66-yard field goal at the end of the first half.

LAR – Tyler Higbee had the sweet matchup against the most generous defense for opposing tight ends. He would cash in with 7/107/1 while teammate Robert Woods 13/172/0 kept hot. Woods now has 26 catches off of 39 targets for 364 yards in the last three weeks. Jared Goff finally put in a great game, fanning the flames of a Cardinals team that was playing well.

ARI – Everything that could have gone wrong, did as Kyler Murray threw one pick-six and was sacked six times. Arizona’s punter Andy Lee kicked the ball away seven times and it seemed like every time, the Rams drove down to score with little resistance. Once again, it was a total bust for David Johnson and Kenyan Drake owners as both backs combined for 21 touches for 75 total yards.

HOU – Deshaun Watson nipped away at the Patriots avoiding their cornerbacks. He was happy to take what the defense gave him, throwing to tight ends, running backs and slot receivers until finally taking their shots in the second half to open up a big lead.

NEP – The Patriots struggled all night as Tom Brady was picked off early near their end zone and the Texans jumped ahead and never let go of the lead. It was a huge day for James White as he had 22 touches for 177 yards and two touchdowns. They made things interesting at the end and Brady, White, and Julian Edelman got a lot of garbage fantasy points, but only after Romeo Crennel’s defensive unit let up.