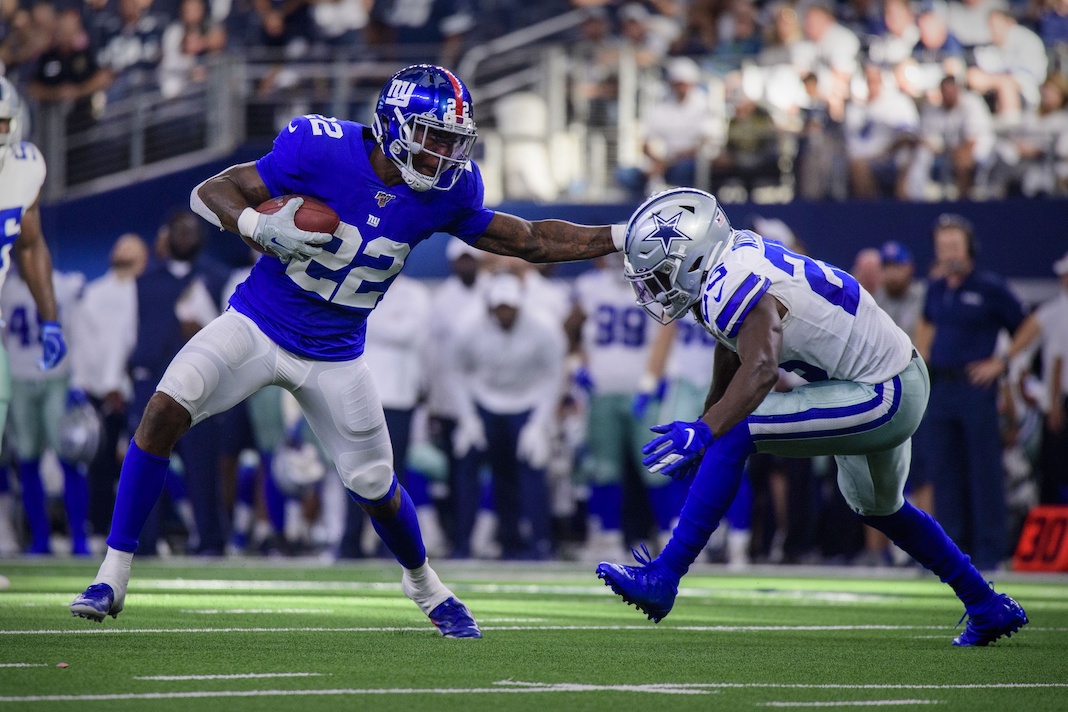 Let’s get things started by taking a look at some fantasy football waiver wire running backs for Week 4.

Saquon Barkley left last Sunday’s game against the Tampa Bay Buccaneers, and he is expected to be out 4-8 weeks with a high ankle sprain. Gallman stepped into the lead role when Barkley went down, and he’s going to be the No. 1 add off fantasy football waiver wires this week.

As a rookie in 2017, before Barkley was drafted, Gallman saw double-digit touches in eight games. He had at least 50 total yards in six of them, and more than 60 combined yards five times. He also had 34 catches on 48 targets in his 13 games.

Gallman is a perfectly mediocre running back, with career averages of 4.0 yards per carry and 6.0 yards per catch. But he’s falling into a lot of volume for the weeks Barkley is slated to miss, barring the Giants signing a veteran running  back, and opportunity is the fuel of fantasy value for running backs.