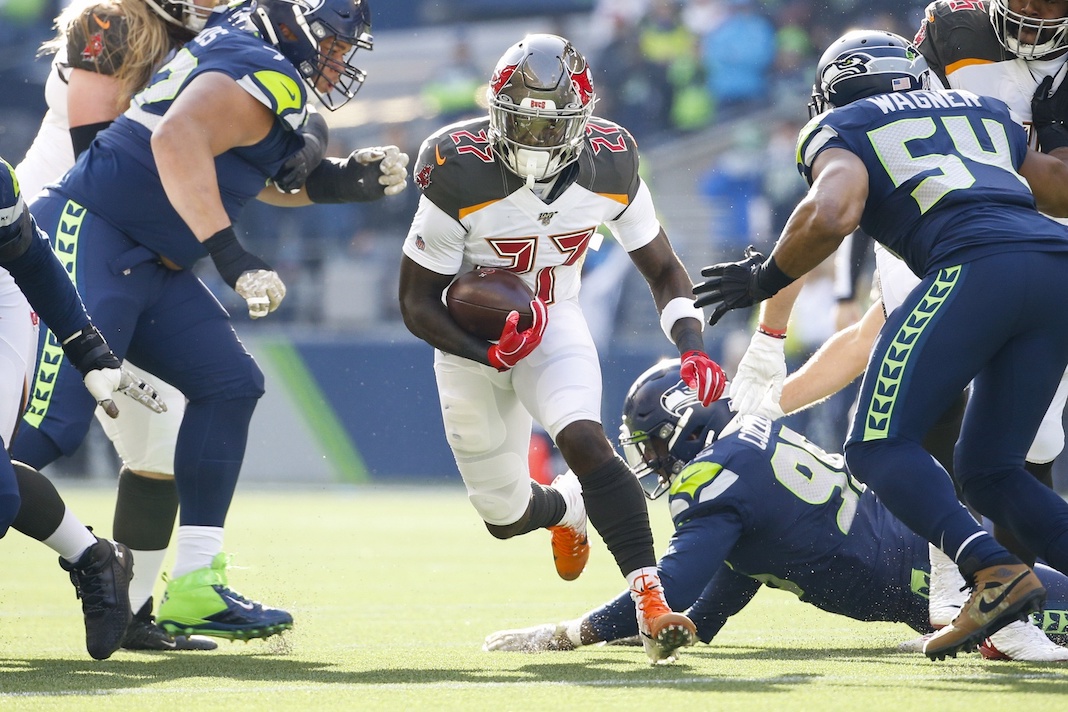 Let’s get things started by taking a look at some fantasy football waiver wire running backs for Week 10.

With James Conner (shoulder) and Benny Snell (knee) out, Samuels’ return to full strength from a knee injury for Sunday’s game against the Indianapolis Colts was good timing for the Steelers. The second-year man out of NC State was heavily involved, as expected, with eight carries for 10 yards and a team-high 13 receptions for 73 yards.

Conner’s health, obviously, will have a lot to say about Samuels’ outlook moving forward. But Pittsburgh’s No. 1 back always seems to be banged up, and his status for Week 10 against the Los Angeles Rams is definitely up in the air.

Samuels started Week 14-16 for the Steelers last year when Conner was out, and had 328 total yards on 54 touches (223 rushing, 5.3 yards per carry) with 12 receptions on 12 targets over those three games. Over that stretch, he was RB13 in standard scoring and RB11 in full-point PPR.

At minimum, Samuels is a top-tier handcuff to Conner. But he also could be the No. 1 running back for a team sure to feature the position around a young quarterback, with massive upside in PPR formats regardless of Conner’s status.