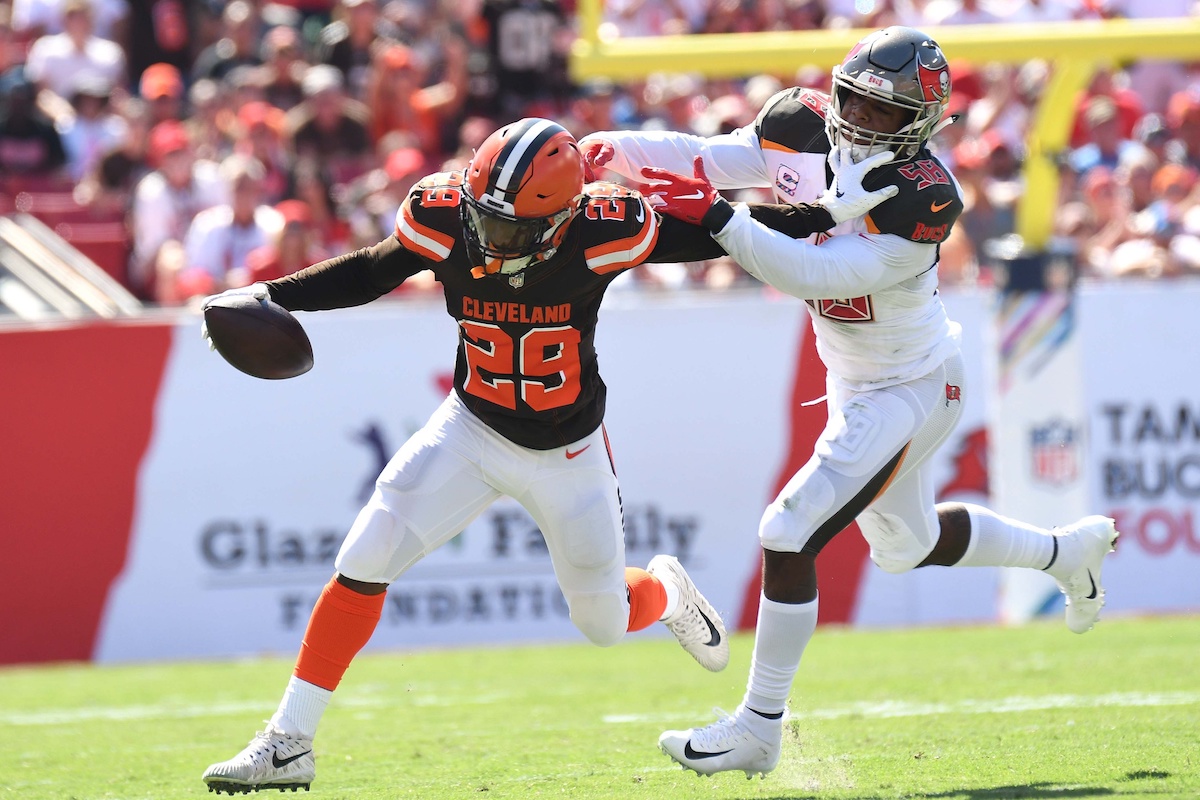 It’s tough to look past the Bears DST going up against the Bills this week locked in as the highest priced DST unit, but if you can’t quite fit them into your budget, there are two teams worth trying out who come in at $2,500 this week. First up is the Ravens defense at home against the Steelers.

Big Ben has notoriously struggled on the road in his career and the Ravens were able to hold the Steelers offense to only 14 points in Pittsburgh back in Week 4. The Ravens grabbed 1 interception, 1 sack and 1 fumble recovered in that game.

The Ravens currently lead the league with 27 sacks this season, partially thanks to their insane 11 sack performance in Week 6 when they shut out the Titans. The Ravens defense has also held opposing offense to 14 or fewer points in 5-of-8 games this season. The team is coming off an ugly loss last week and the matchup doesn’t look great on paper, but Roethlisberger is prone to an occasional meltdown and this could be one of those situations. The Ravens DST presents sneaky upside and should see a rather low ownership percentage this week.

The Jets DST has been quiet the last two weeks given tough matchups against the Vikings and the Bears but things will get much easier this week as they travel to Miami to face a Brock Osweiler led Dolphins offense.

The Jets have been an active defense this season as their 10 interceptions tie for 3rd most in the league. They also rank top-10 in the league with 41 tackles for a loss of yards, 22 3-and-outs and 5 fumbles recovered.

Osweiler hasn’t been his usual atrocious self so far this season but he still doesn’t give opposing defenses much to worry about. This makes the Jets a solid defense to stream in redraft leagues this week and an attractive DFS play at only $2,500.