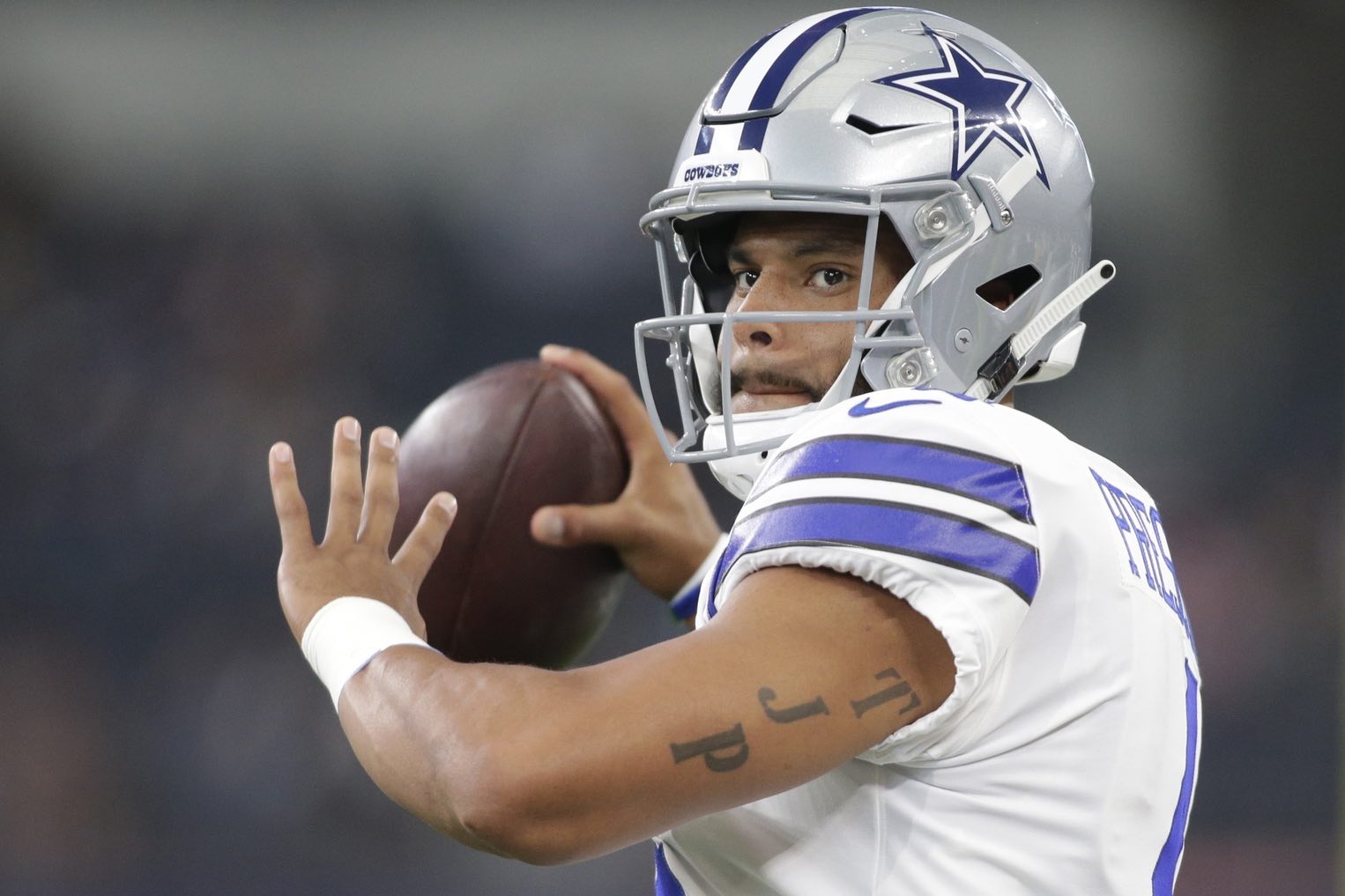 Daily Fantasy Sports is one of the most popular forms of fantasy football you’ll find. There are plenty of sites to choose from but, the most popular by far is DraftKings.com. If your fantasy season ended prematurely and you missed out on the playoffs, this gives you all the more reason to finish the season strong and dabble in some DFS.

Upside is everything when setting your roster on DK. Finding those hidden gems with low ownership totals and potential for a huge performance can take hours of research and analyzing. Luckily for you, we do a lot of the leg work for you.

Each week we will be bringing you players we have found on the Sunday main slate that present great value based on their price, potential ownership percentage and big-game upside. Here’s this week’s players:

The Cowboys have been riding high as of late as they bring a five game winning streak into Indianapolis this week. Dak Prescott is coming off a monster game last week against the Eagles that saw him put up a career-high 455 passing yards with 3 TDs and 2 INTs. Prescott has benefited greatly from the addition of Amari Cooper to the offense and has averaged 285 passing yards per game since Cooper joined the team.

The Colts have actually been rather strong against opposing QBs this season, but the way Prescott and the Cowboys have been playing it’s not hard to see another solid game here. Expecting another performance of over 400 yards is obviously chasing points but with Andrew Luck and the Colts also providing a strong opponent on offense, Prescott should remain active all day. Prescott presents a solid value that allows you to fit in some higher priced options elsewhere.

Another quarterback who presents great value this week is Raiders signal caller, Derek Carr. The Raiders @ Bengals game is a very polarizing matchup. It could either be a completely high scoring, garbage-time extravaganza from start to finish or it could be an unwatchable display of two completely inept offenses.

Carr and the Raiders have looked slightly improved as of late and if you’re willing to bet on the high scoring potential in this game, Carr is a great value play. The Raiders are coming off a huge upset win against the Steelers last week where Carr threw for 322 yards and 2 TDs. Carr hasn’t thrown an interception since all the way back in Week 5, giving him a sterling 12:1 TD/INT ratio during that span.

The Bengals offer a great matchup this week as their season continues to spiral down the toilet. They have allowed an average of 283 yards and 2 TDs per game to QBs this season, a mark that Carr is plenty capable of passing. The stack of Derek Carr and Jared Cook could be a rather affordable, high upside combo this week.